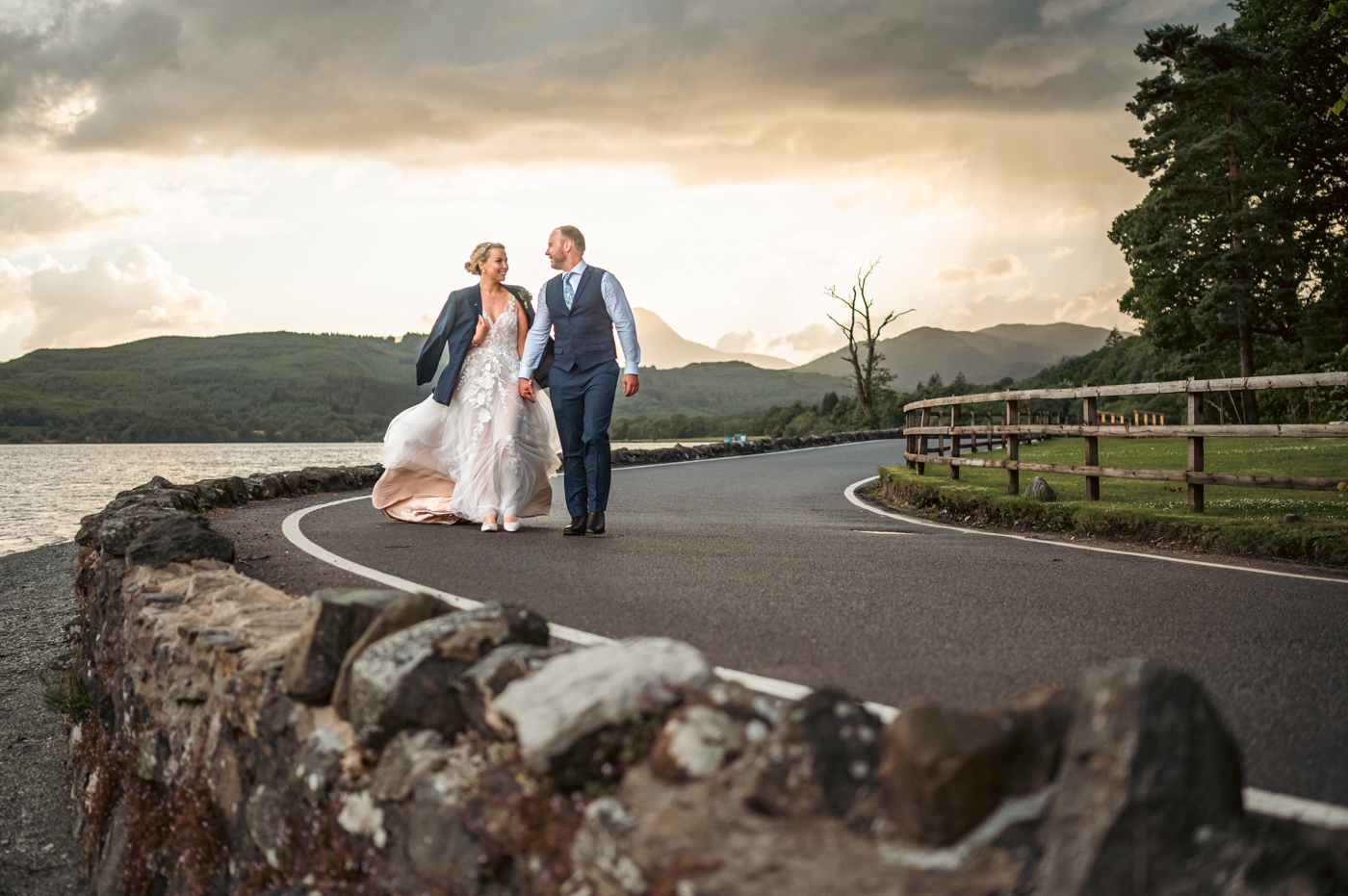 Sophie and Alex’s love story is one born in Australia. Before long it ended up taking them to the other side of the world to sunny scotland where they got married a few short weeks ago.

Alex explained perfectly what led him and Sophie to leave the sunshine of Australia and head for rainier climates during his speech, so be sure to watch their fab video below to hear from the main man himself.

Altskeith House is such an idyllic setting for a wedding, so we were over the moon when Sophie and Alex invited us along to photograph and film their special day. Situated right on Loch Ard with its own little boat house and surrounded by the hills of the Trossachs, you really couldn’t ask for a more romantic venue to get married.

We headed along nice and early just as preparations were getting underway for the day ahead. Sophie and Alex had decided they wanted to have their wedding ceremony under the big old tree on the front lawn, but with Scotland being Scotland, the weather just wasn’t for letting us know what it had planned.

We headed inside to catch up with Sophie as she and the girls were getting their hair and make-up done for the day. A wedding morning just wouldn’t be a wedding morning without a glass of fizz so the champagne was popped open to help ease the nerves.

Wedding mornings whizz by, so very soon it was time to head along and say hello to Alex and the boys. The boys always get ready a lot quicker in the morning (especially when there’s no kilts to figure out) so it’s good to grab some photos of that before everyone is suited and booted.

Back to that question about the Scottish weather. Well, wouldn’t you know it, it actually decided to play ball so it was all systems go for an outdoors ceremony – yay! All of Sophie and Alex’s friends and family were treated to a truly personal ceremony including some beautiful readings from Sophie’s sister and mum.

The rest of the day was really just a fantastic, chilled-out wedding. Loads of milling about and catching up with friends old and new with the most wonderful views. Soon enough it was time for the speeches and it was great to hear from everyone and get a little window into Alex and Sophie’s journey.

After dinner, we were lucky enough to be able to head out onto the Loch with Sophie and Alex to get some awesome photos and video – did we mention how gorgeous a setting it is?! All that was left from here was to dance the night away and have a right good knees up.

Thanks so much for having us along to photograph and film your wedding guys, we loved every minute of it 🙂